A History and Archive 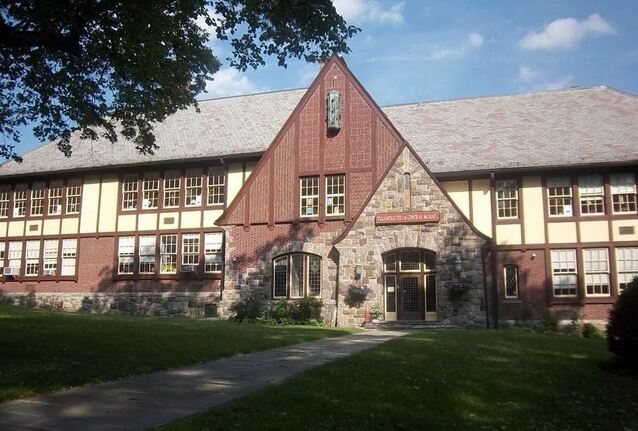 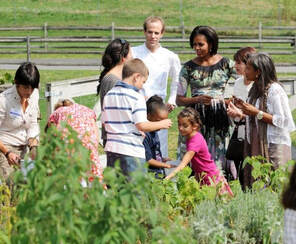 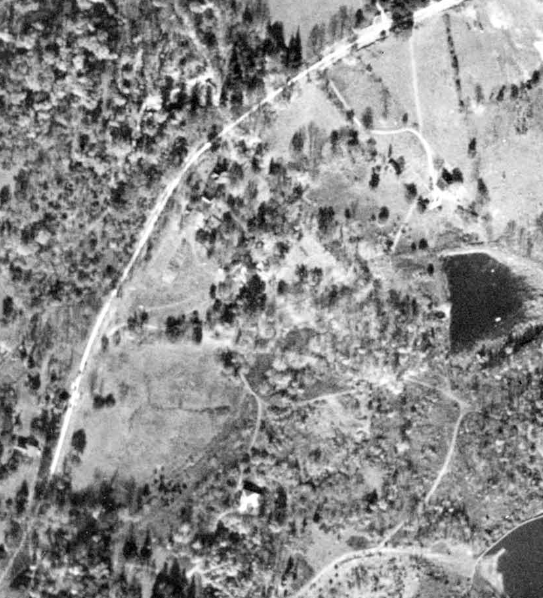 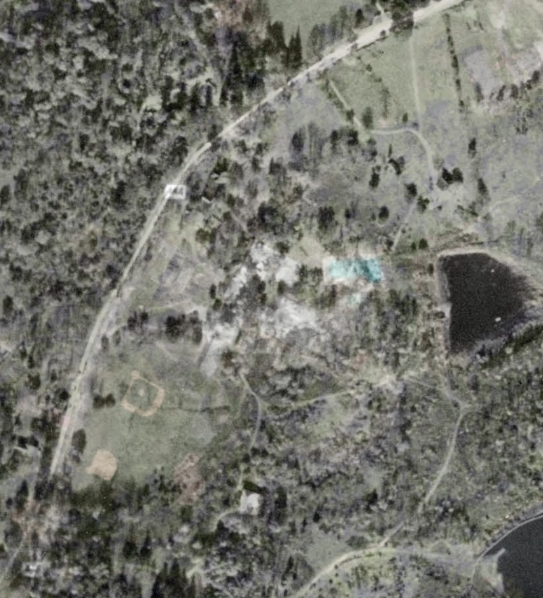 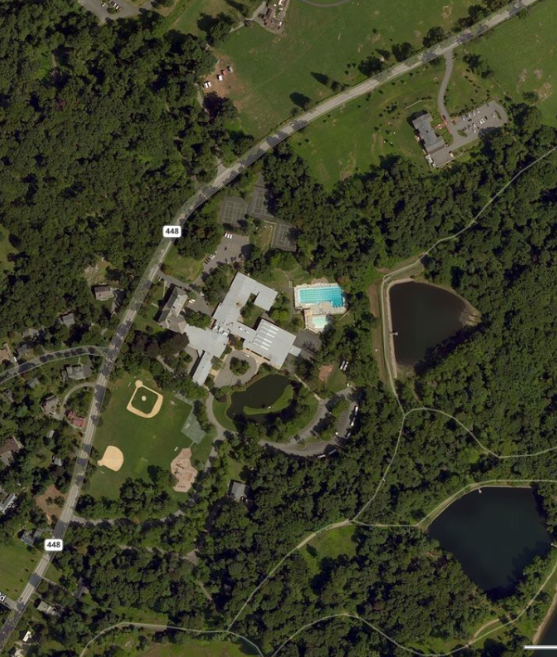 Click for original 1926 Zoom-able MAp
Building #1:  Pre-1880's Squash Hill School
Located approx. where the current school is, s.e. corner of Bedford Rd. and Raffenberg Rd, on 1872 map.   It was one room, unpainted, and held up by a pole.  Dates back to at least 1830's.
Building # 2:  1880's-1893 Pocantico Hills School (Ferguson House/ Wheeler Hill)
Land was deeded for one dollar by Harriet Wheeler.  In the 1880s the Pocantico Hills School was located on the south side of Bedford Road, several hundred yards southeast of the Lowery mansion. By 1893 the school had outgrown its building, and the trustees rented the Lyceum as a classroom for the primary grades and employed another teacher.  In 1895 it was determined by the community to build a new school.  The one-story frame structure and is known as the Ferguson House/Wheeler Hill.  It was razed in 1972 for new school expansion.  Located approximately where tennis courts are today. 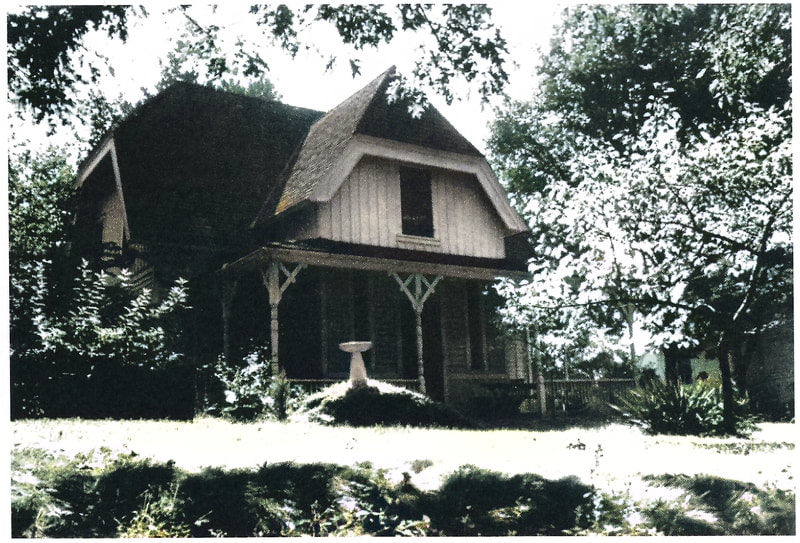 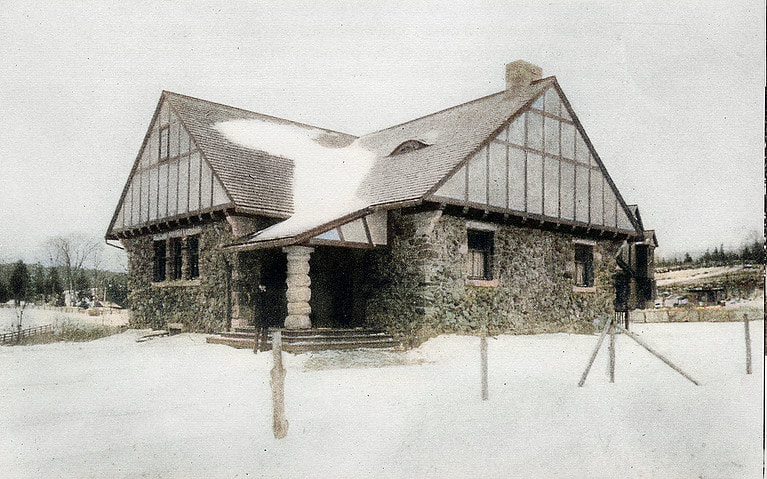 Lyceum, temporary school (Building #3)
Building # 4:  1897- 1932 Pocantico Union Free School
On a one acre tract donated by John D, Rockefeller, Sr., near the Rock Cut, the new school opened in September 1897.  It was 4 rooms for 3 teachers.   This building has since been razed.   Ray B. Walker was Principal from 1922-1931, and continued as first Principal of Pocantico Hills Central School in 1932. 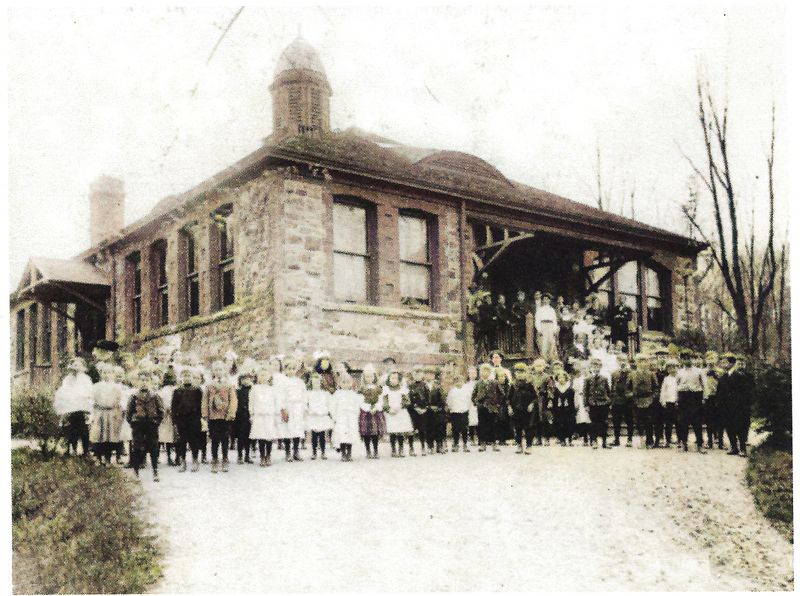 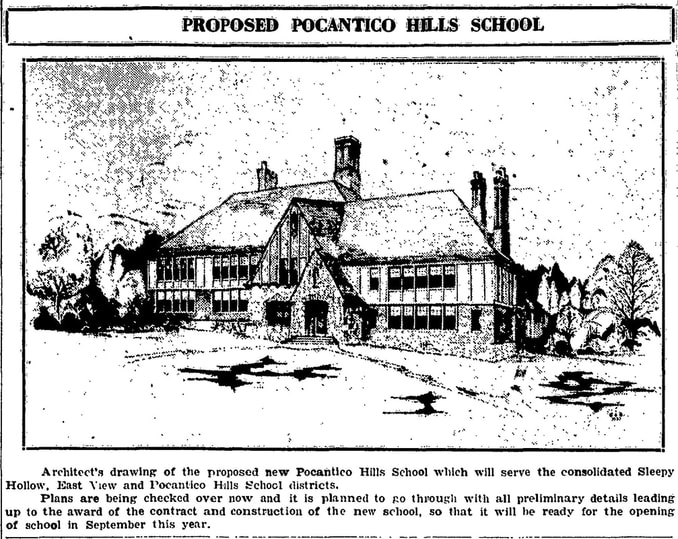 Feb. 7, 1931, Tarrytown Daily News
Students at Pocantico Hills Central School swimming in the pond (circa 1940), before the pool. 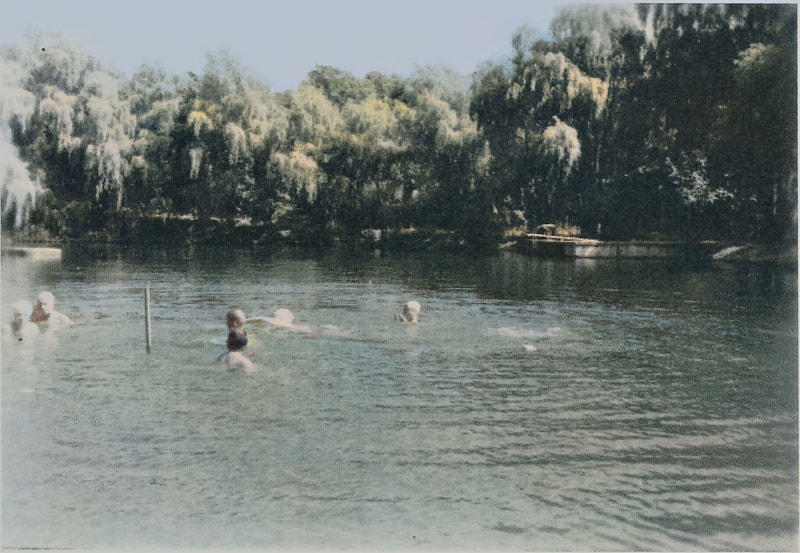 Source: https://www.appelosborne.com/portfolio/k-12-education/pocantico-hills-central-school/
The existing pool was demolished, saving as much of the the stone veneer retaining walls as possible.   Site worked included:
Stone veneer retaining walls and stairs.  Secure entry points with ornamental wrought iron style fencing.
Concrete pool decks.   Seating built into the hillside.  Drainage on the pool decks.  Landscaping.
The Toll House:   In the 1930's, teachers from Pocantico lived here.  It was sold in the 1970's.  Unknown why it is called the Toll House, perhaps because the road once had a toll. 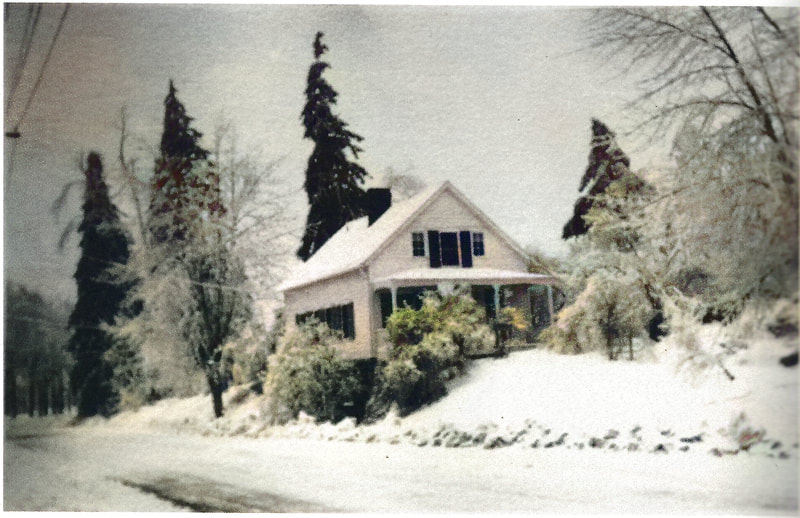 Before Pocantico Hills Central School (pre-1932)  In the area... 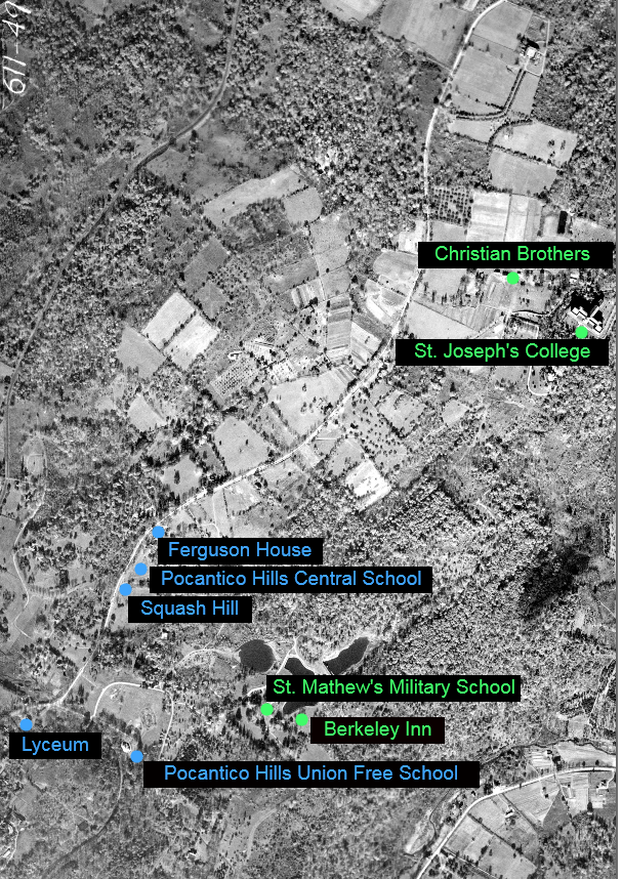 1926 aerial image with approx. locations
Butler's Sawmill (1800's) -  Located approx. where pool and recreation are.
Before 1925 D.E. Perry's Ice-houses were located below Ferguson Lake, where the pool is now.  Ice was collected from the lake in winter and stored.
Berkeley Inn -  1886(?)-1899
St. Mathew's Military School 1899-1931
In 1899 the Berkeley Inn closed, and the buildings were taken over by St. Mathew's Military School.  Included a dormitory for 60 students, stables, armory, bowling alley.   After several years the school was moved to Dobbs Ferry and the property acquired by the Rockefeller's.   Located by Lake #2.
St. Joseph's Normal College  1900-1930
Run by the Lasallian Christian Brothers; opened in 1906 and moved to Barrytown in 1930.  Land was acquired by Rockefeller Estate in 1928, adjoining property.  Located north on Bedford Rd. of current school.   5 stories on 300 acres.   Razed in 1930. 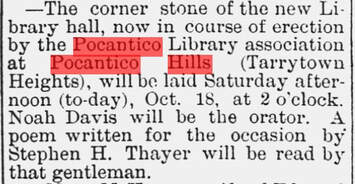 Historical Research about Pocantico, with school details- (circa 1970's)

Download File
Pocantico Hills School on TV- November 10, 1957 CBS- New York, Noon... where is the kinescope?!
"Let's Take a Trip," New York-based Sunday-morning series in which youngsters accompanied host Sonny Fox on field trips to such places as the UN and the School of American Ballet, where George Balanchine choreographed `Yankee Doodle Dandy' for the kids. 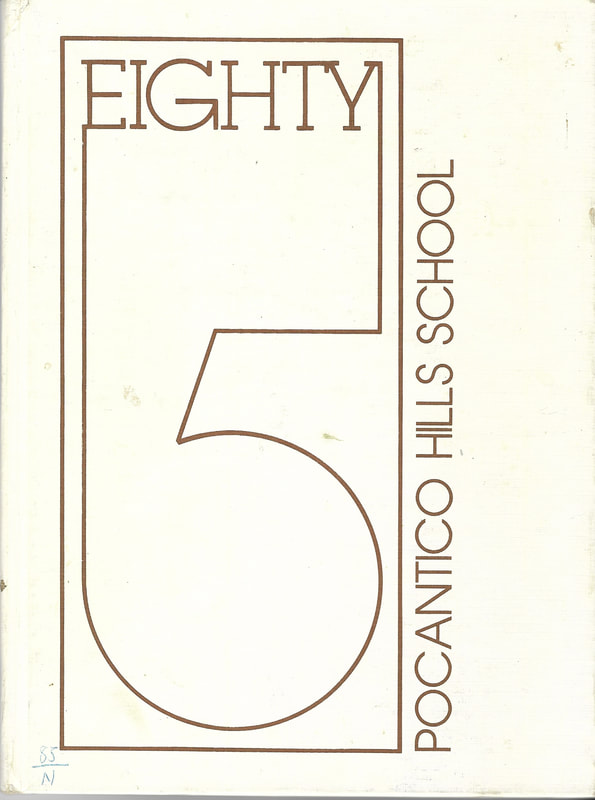 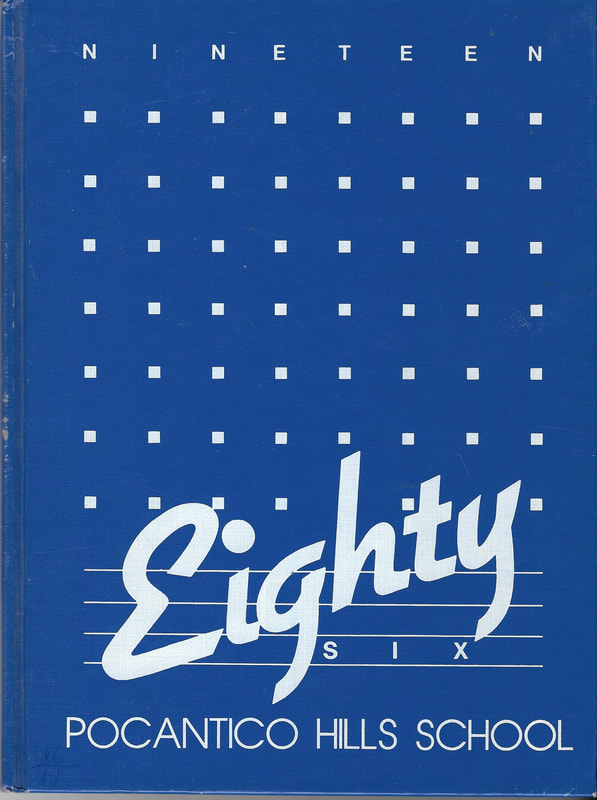 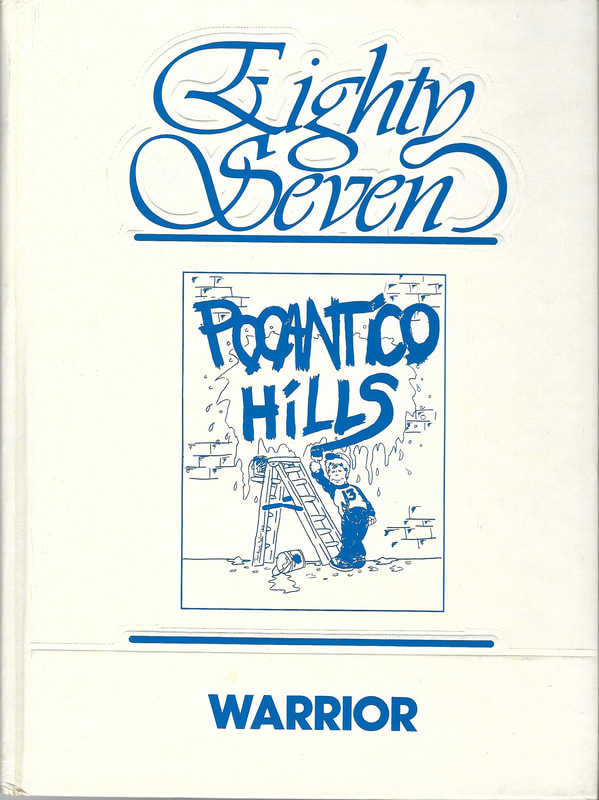 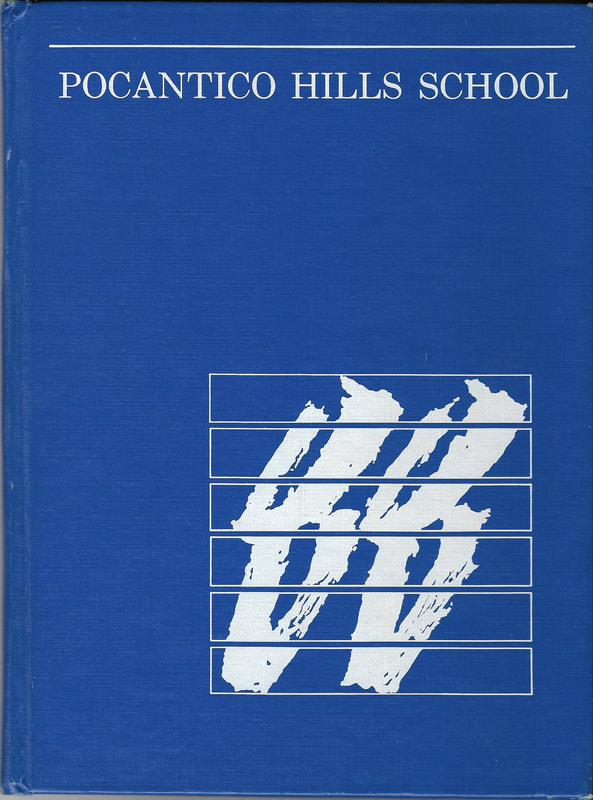 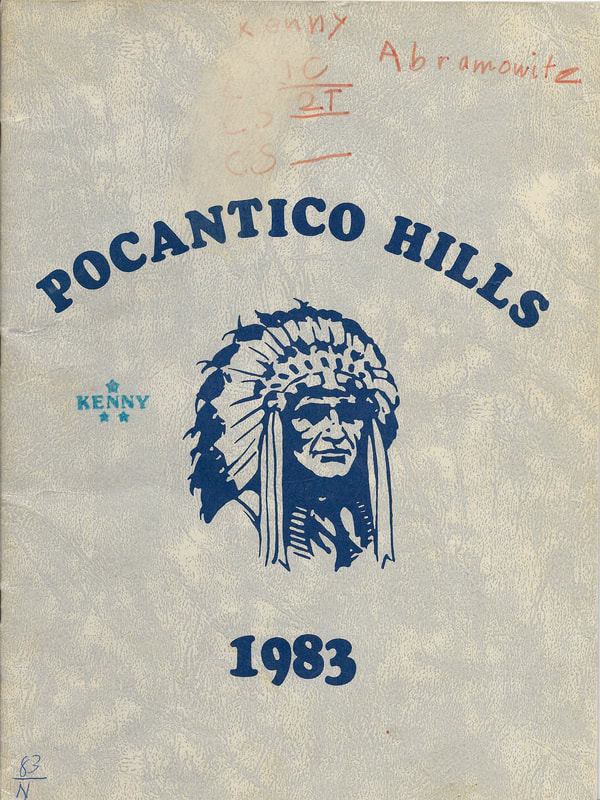 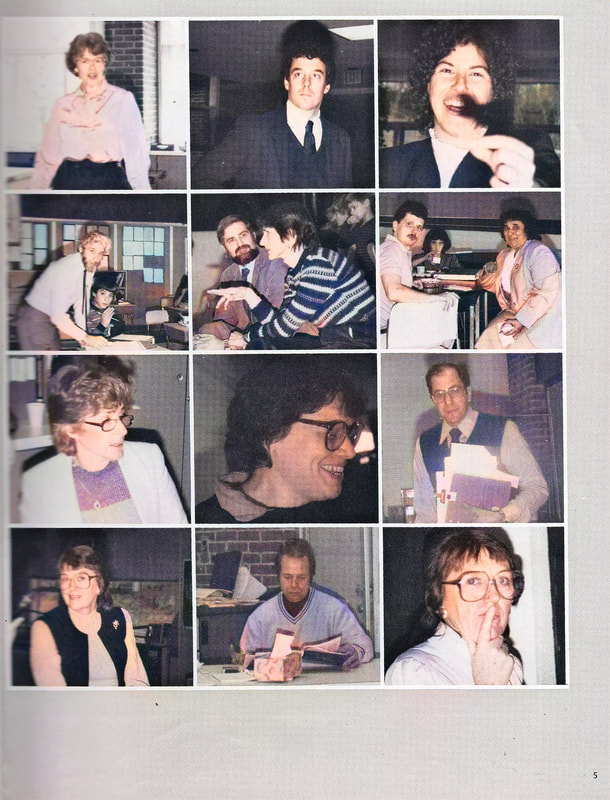 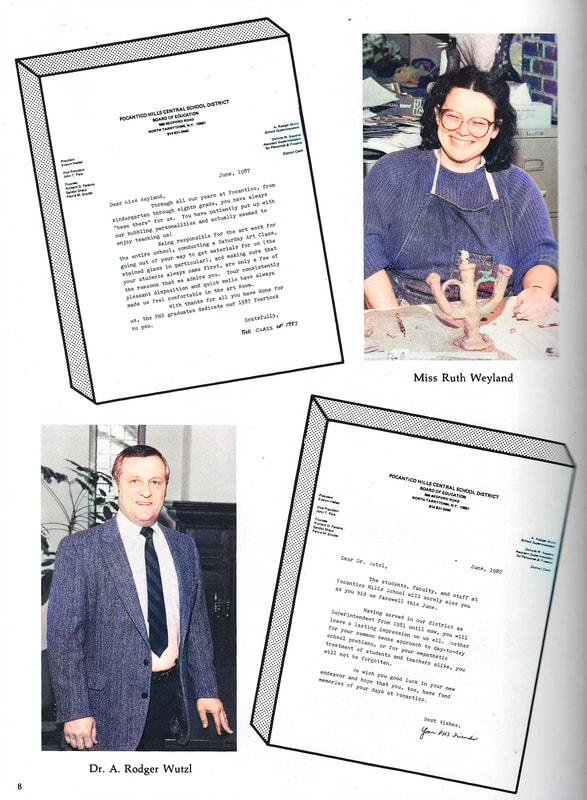 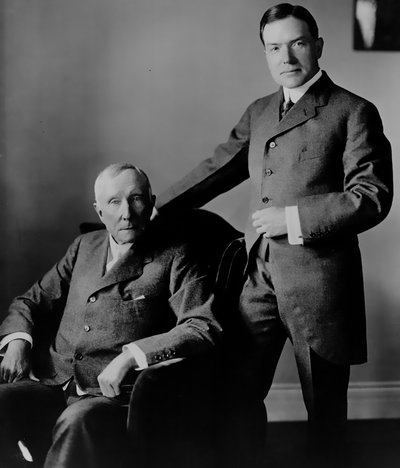 This is an educational, non-profit, research archival project.
Digital items are property of their respective copyright holders.